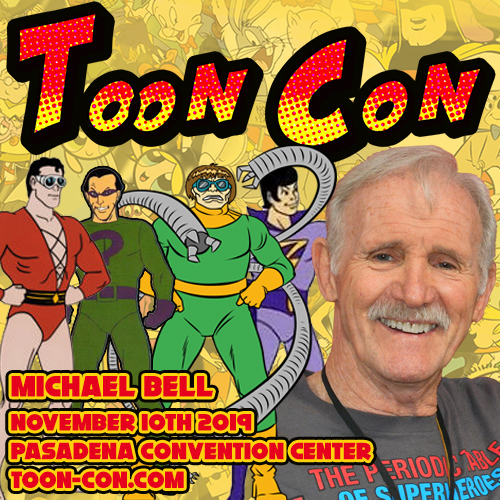 Michael Bell is an American actor, voice actor, and His first voice role was that of Stutz, the leader of The Houndcats. He followed this with a co-starring role in the Canadian biker film “The Proud Rider” in 1971. In 1973, he was Mark on the Hanna-Barbera series Speed Buggy. He voiced Redbeard the Pirate’s Ghost in The New Scooby-Doo Movies episode “The Ghostly Creep from the Deep” as the second Redbeard themed monster in Scooby-Doo. From 1977 to 1984, Michael Bell played two of his best-known roles, Zan and Gleek on various Super Friends incarnations. He would also voice The Riddler on Challenge of the Super Friends. He also provided the voice of Lex Luthor as a young man, in the episode “History of Doom”. However, Stan Jones was the voice of the adult Luthor throughout the series. It’s interesting to note that Bell later played Luthor in the 1988 Superman series.

He was also Doctor Ben Cooper in Jana of the Jungle and in 1979, he voiced the title character of The Plastic Man Comedy/Adventure Show and later made a guest appearance as Doctor Octopus in another superhero show, Spider-Man and His Amazing Friends.

Outside of animation, Bell performed on records and commercials, including the Young Man in A&M Records’ Story of Halloween Horror album in 1977, and Parkay Margarine and Mug Root Beer ads. Bell provided the overdubbing of Peter Criss’ dialogue in the band KISS’s TV movie KISS Meets the Phantom of the Park. In 1980, he provided the voice of the title character in The B.B. Beegle Show, an unsold TV show pilot that featured puppets.

Throughout the 1980s, Michael Bell starred in four hit animated series as Grouchy Smurf, Lazy Smurf, Handy Smurf and Johan in The Smurfs, as Autobot Prowl, Scrapper, Sideswipe, Bombshell, First Aid, Swoop, Gort, Brainstorm and Doctor Fujiyama in The Transformers and The Transformers: The Movie
as Duke, Xamot, Blowtorch and numerous others in G.I. Joe: A Real American Hero and G.I. Joe: The Movie as Lance & Sven in Voltron: Defender of the Universe.

He also starred in the 1982 animated series The Incredible Hulk. The Hulk was voiced by Bob Holt, while his human side, Bruce Banner was played by Michael Bell. In a 2004 interview, he joked about how Bob Holt would be annoyed that he was growling his throat out while Bell got the easier stuff.[3]voice director who is most active in voice over roles, known for his youthful voice. He has acted in video games and animated series, including The Transformers, G.I. Joe: A Real American Hero, The Houndcats, Rugrats, The Smurfs, and Snorks and appeared on-screen in film and television, including the TV programs Dallas and Star Trek. Bell was described as being “one of the most prominent voice actors of the 1980s.”

Some of the incredible work history of Michael Bell